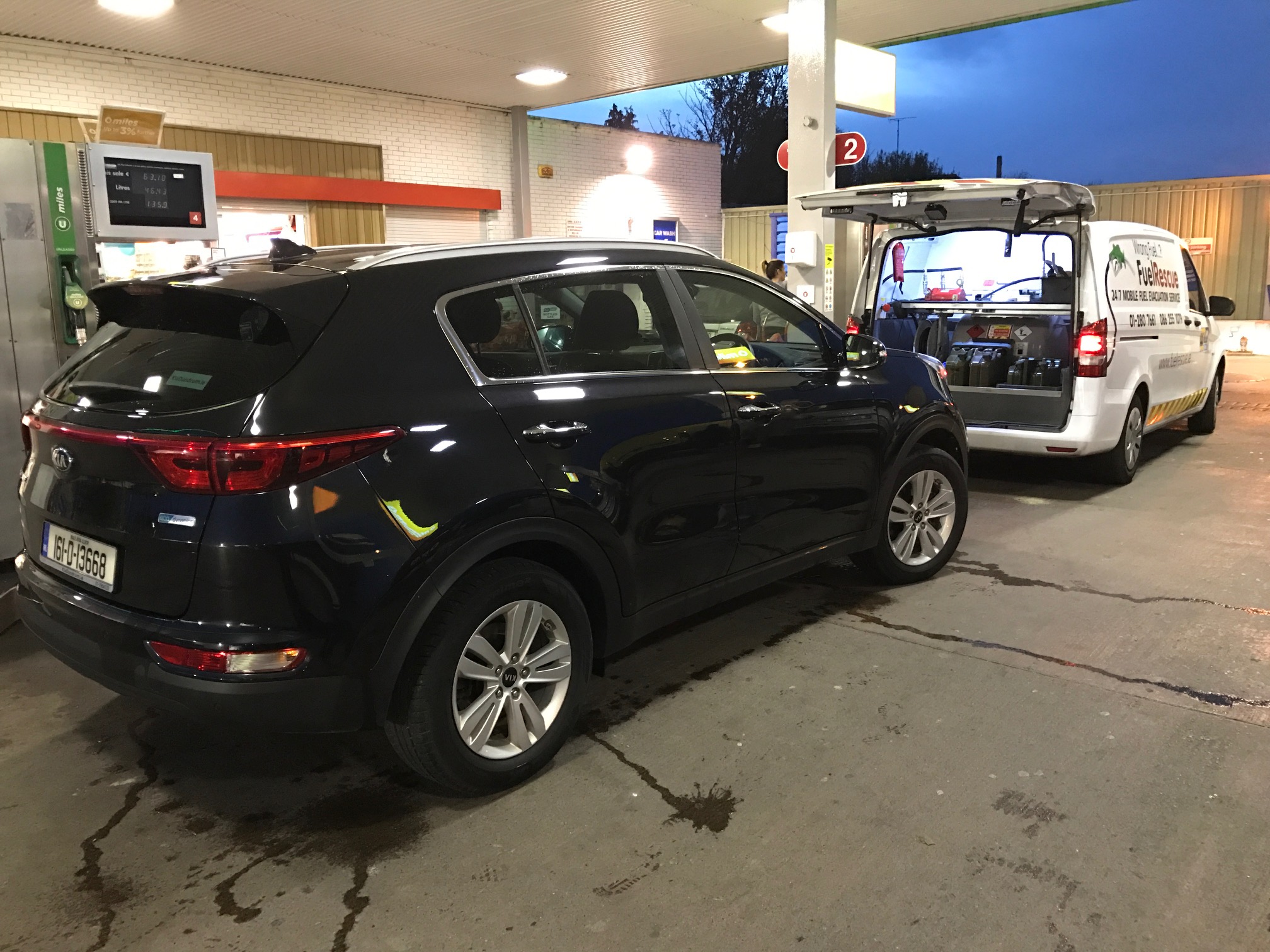 AdBlue is a fairly recent introduction in diesel emission technology for cars and has led to some problems for drivers unfamiliar with the technology and its maintenance.

The product has been in use in heavy commercials for quite some time now but has only been used in cars in the last few years. It is also known as DEF (Diesel Exhaust Fluid).

So what is AdBlue ?

AdBlue is an aqueous urea solution made with 32.5% urea and 67.5% deionized water.

The urea solution is clear, non-toxic and safe to handle. However, it can corrode some metals and so must be stored and transported carefully.

DEF is stored in a tank on board the vehicle, and injected into the exhaust stream by a metering system

It is sold in filling stations in various sized containers but is also widely available at pumps in larger stations that trucks use.

What does it do?

It is injected into the exhaust system and then vaporized into a gas which turns harmful particulates called nitrogen oxides into water and nitrogen which are then expelled into the atmosphere. This leads to a big reduction in harmful emissions.

Where is it stored in the car?

AdBlue is stored in a small tank on the vehicle and can be recognized by a small blue lid about half the size of the fuel filler cap. The location varies from car to car but more information can be found in the owner’s manual.

Does it need maintenance?

Other than topping up the tank occasionally, it is maintenance free. A low level warning will display on the dash to let you know when it needs more fluid. Do not ignore this warning, as it will eventually prevent the vehicle from starting.

So what’s the problem with AdBlue?

Well, first the name….it’s neither an additive nor is it blue.

Some people have mistakenly put AdBlue into the fuel tank of their vehicle and driven the vehicle. The vehicle will break down shortly after, and it will then be necessary to drain and flush the complete system. The potential for further damage is also possible.

Unlike petrol or diesel, AdBlue is not a hydrocarbon based product and has a higher specific gravity. In other words, it will separate from the fuel and sink to the bottom of the fuel tank. Here it will be sucked up by the fuel pump and fed into the injection system. When this happens, the engine will stop.

At this stage, the tank, the fuel lines, and the filtration system must be cleaned and maybe even replaced.

AdBlue is a registered trade name of VDA (Germany)

We use cookies on our website to give you the most relevant experience by remembering your preferences and repeat visits. By clicking “Accept All”, you consent to the use of ALL the cookies. However, you may visit "Cookie Settings" to provide a controlled consent.
Cookie SettingsAccept All
Manage consent

This website uses cookies to improve your experience while you navigate through the website. Out of these, the cookies that are categorized as necessary are stored on your browser as they are essential for the working of basic functionalities of the website. We also use third-party cookies that help us analyze and understand how you use this website. These cookies will be stored in your browser only with your consent. You also have the option to opt-out of these cookies. But opting out of some of these cookies may affect your browsing experience.
Necessary Always Enabled
Necessary cookies are absolutely essential for the website to function properly. These cookies ensure basic functionalities and security features of the website, anonymously.
Functional
Functional cookies help to perform certain functionalities like sharing the content of the website on social media platforms, collect feedbacks, and other third-party features.
Performance
Performance cookies are used to understand and analyze the key performance indexes of the website which helps in delivering a better user experience for the visitors.
Analytics
Analytical cookies are used to understand how visitors interact with the website. These cookies help provide information on metrics the number of visitors, bounce rate, traffic source, etc.
Advertisement
Advertisement cookies are used to provide visitors with relevant ads and marketing campaigns. These cookies track visitors across websites and collect information to provide customized ads.
Others
Other uncategorized cookies are those that are being analyzed and have not been classified into a category as yet.
SAVE & ACCEPT